AND for the first time, Brewtality will head to Sydney! With overwhelming requests to take the festival north, the call was heard by the event organisers.  Sydney’s recent limitations with live music venues and liquor licensing laws have seen a downturn in local shows, they hope to inject some much needed adrenaline back into the heart of that great town!

Brewtality features the best rock and metal bands Australia has to offer with many of the bands playing Melbourne trekking up to Sydney too!

The Melbourne event takes place on

Saturday, August 6 at The Tote & The Bendigo Hotels

The line up includes:

+ MORE TO BE ANNOUNCED.

The Sydney event takes place on

Saturday, August 13, across 2 stages at The Factory, Marrickville

The line up includes:

+ MORE TO BE ANNOUNCED. 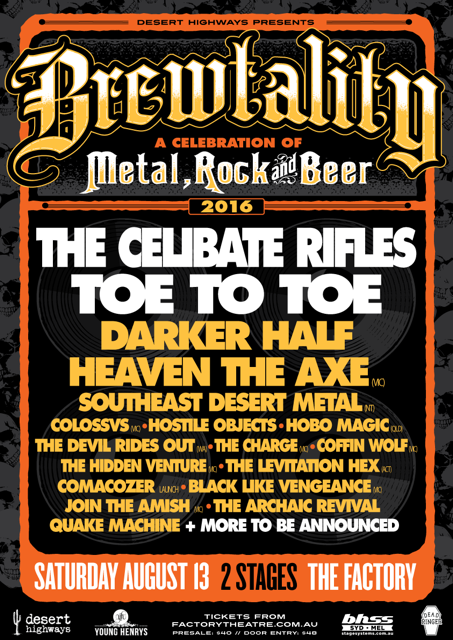 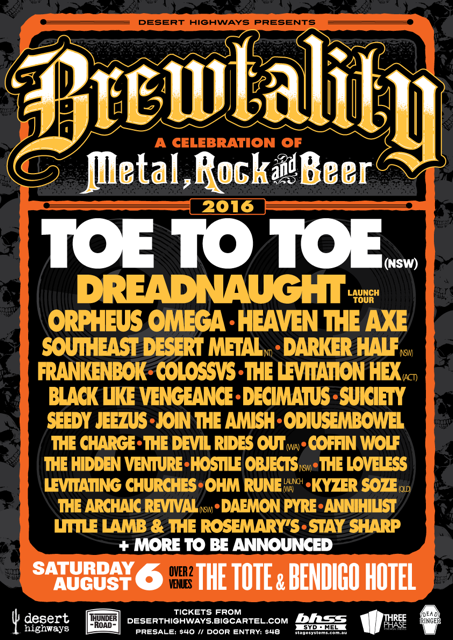