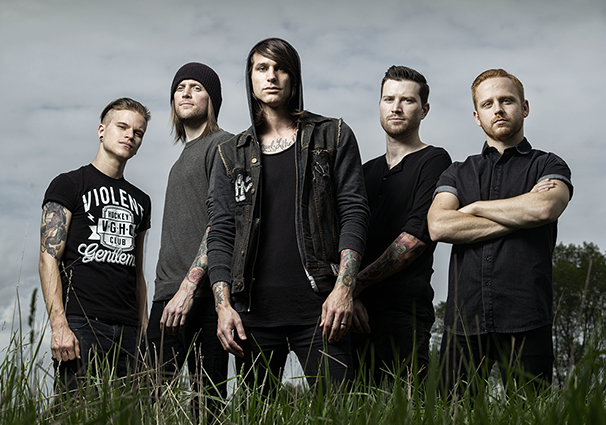 Arizona’s Blessthefall have released their new single ‘Up In Flames’ which is the first track ahead of the September 18th release of To Those Left Behind. The band’s forthcoming full-length was recorded with producer Joey Sturgis (The Devil Wears Prada, Asking Alexandria, Of Mice & Men) and is the follow-up to 2013’s Hollow Bodies, which landed at #15 on the Billboard Top 200. ‘Up In Flames’ is available on iTunes now.

“We’re so pumped to finally show everyone what we have been working on the last year,” says guitarist Eric Lambert. “We chose ‘Up In Flames’ because it was the best balance between old BTF and what we are growing to be. We hope you enjoy it and we can’t wait to show you the rest!”