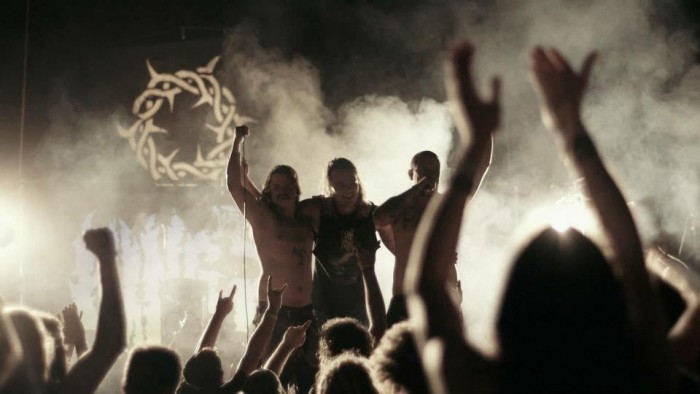 The first details have been revealed about BLACKEN OPEN AIR, the most exciting new heavy music festival in the country. It takes place over the Easter long weekend holiday in 2017 in the Dead Centre of Australia.

It’s been five years in the making. The event has evolved from a single day show to a massive multi-day camp out event and has become one of the most highly regarded events on the Australian metal calendar.

It has been endorsed by Dave Haley (Psycroptic), Matt Young (King Parrot) and Lochlan Watt (The Racket / Currently singing for Thy Art Is Murder).

“Blacken is one of the most unique festivals I’ve ever been a part of. Please support this great festival… and bands… You need to get up there and play this thing. It is wild!” – Matt Young (King Parrot)

This year the event boasted one of the biggest lineups in the country, and organisers are promising to eclipse that next year. Previous years line-ups have included bands such as Psycroptic, King Parrot, Disentomb, Colossvs, Frankenbok, Desecrator and The Schoenberg Automaton.

BLACKEN is organised by The Black Wreath, a collective of Australian musicians and artists who joined forces in 2011. Organisers are currently in Germany, on route to the legendary Wacken Open Air festival.

Bands wishing to perform at the event can register now at blackenfestival.com