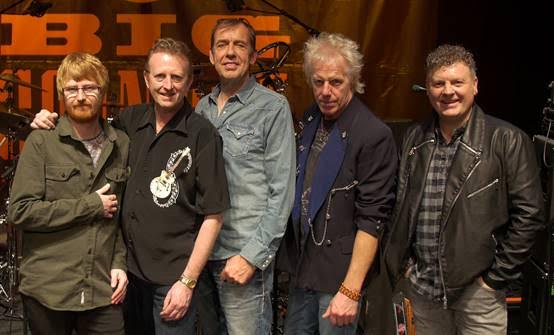 “Classic” is the only way to describe the energy infused, foot tapping vibes of 80’s juggernauts BIG COUNTRY. Having never toured Australia and New Zealand despite a cancelled tour attempt in 1986, all that is about to change in 2016 when the undeniable hip-shakers of Scottish alternative rock bring their Greatest hits tour to this side of the world for the very first time. Performing all their trademark hits – In a Big Country, Chance, Wonderland, Look Away along with more fan favourites set to ignite your aural senses and send your hands fist pumping into a frenzy, BIG COUNTRY is set to bring the exciting power they are renowned for every night to a stage near you.

Having been described by Mick Jagger as “one of the best opening bands we ever had,” the band continues to wow audiences around the world night in, night out with their iconically unique sound, which escalated them to the peak of greatness in the 80’s. Where other artists may have fallen to the wayside, the band’s musical credibility still stacks up and remains as fresh as it did decades ago, largely due to their critically acclaimed live performances. With a current lineup consisting of Bruce Watson (guitar, mandolin, sitar, vocals), Jamie Watson (guitars), Simon Houghthe (vocals, guitar, harmonica) and Mark Brzezicki (drums) who also appeared on The Cult’s iconic“Love” album, Australian and New Zealand audiences are in for an absolute live spectacle of nostalgic fan favourites that will get the whole room jumping.

It’s been a long wait for Australian and New Zealand fans to witness the classic act that is BIG COUNTRY, but now fans finally have the opportunity to participate in a Greatest Hits spectacle. Remarkable, spectacular, phenomenal and mind-blowingly astounding – you won’t want to miss out on this one! 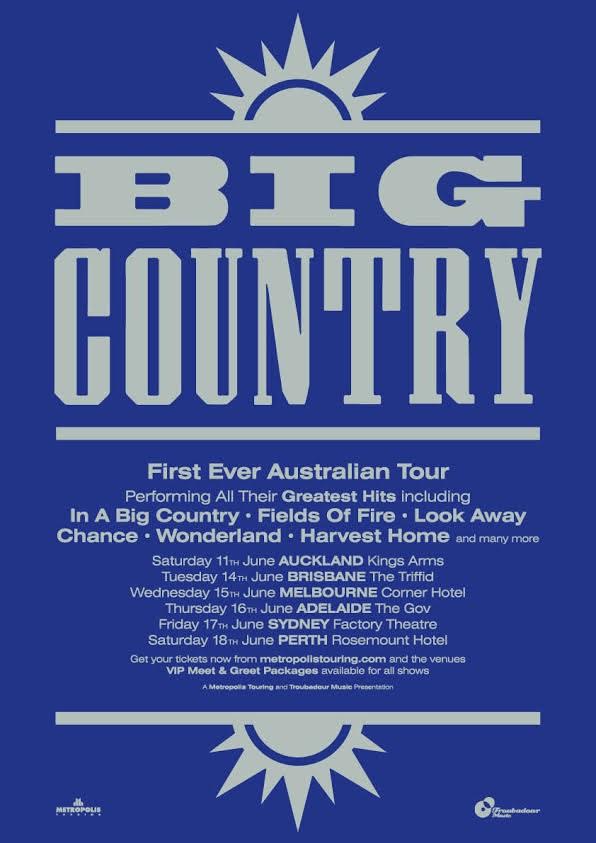