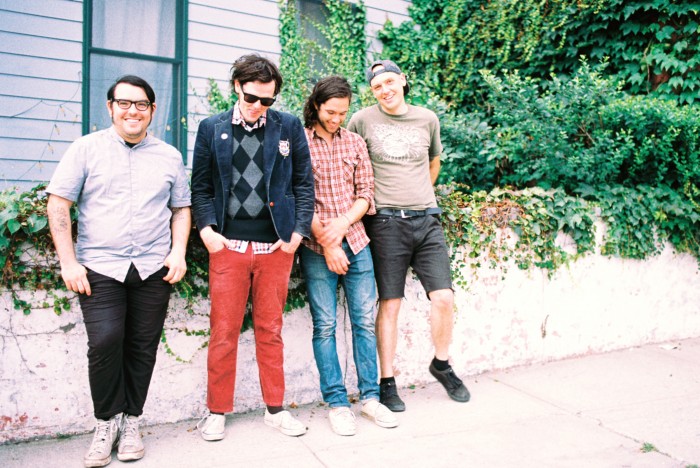 The feelings of youth and vulnerability lie at the core of Beach Slang’s music, which is part punk, part pop and all catharsis. It references the ghosts of the Replacements but keeps one foot firmly rooted in the present. It’s fun and it’s serious. It’s sad but it isn’t. It’s Beach Slang. This Philadelphia-based act have built their hype the old-fashioned way, without any gimmicks or marketing teams, which makes sense when you consider that frontman and writer James Alex cut his teeth in the celebrated pop-punk act Weston while drummer JP Flexner, bassist Ed McNulty and guitarist Ruben Gallego also played in buzzed about projects such as Ex-Friends, Nona and Glocca Morra respectively. However there’s something indefinable about Beach Slang’s music that evokes the spirit of punk and juxtaposes it into something that’s as brutally honest as it is infectiously catchy.