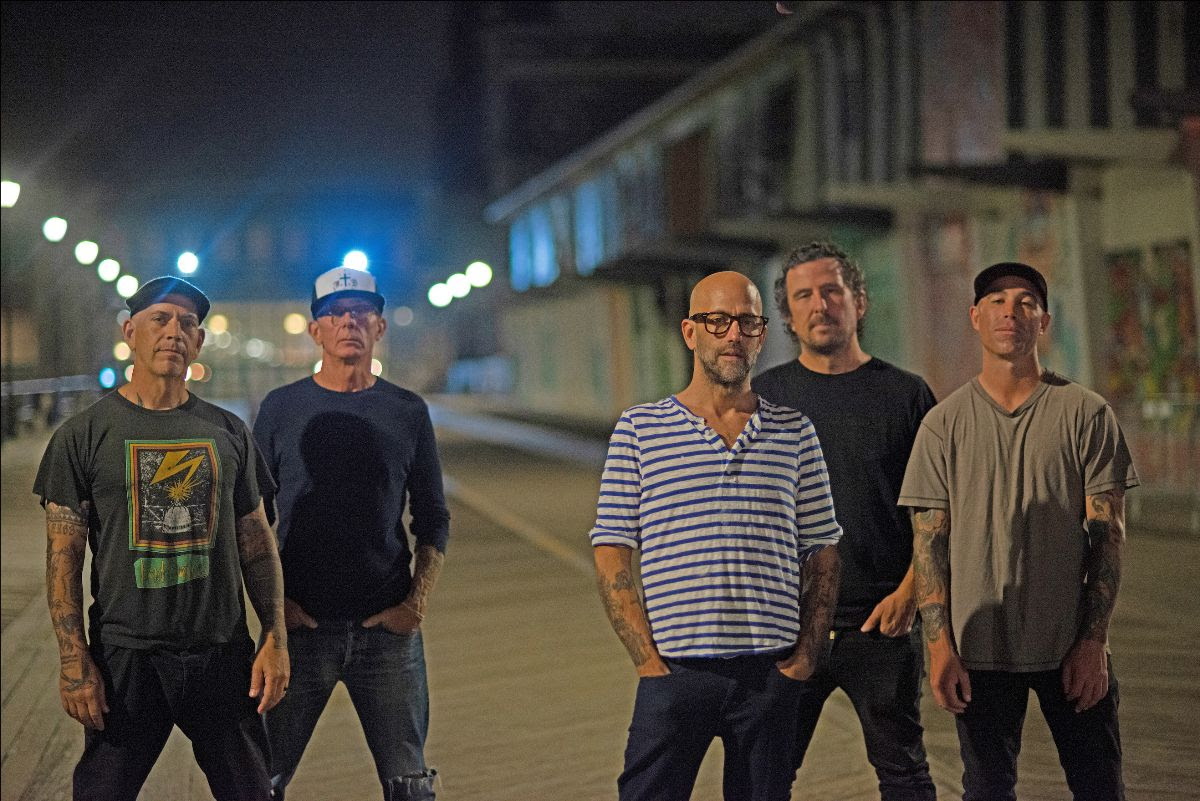 Beach Rats came to be as each member found themselves settled in the beach community of Asbury Park, New Jersey. After releasing an EP in 2018 and performing a slew of high-energy shows, the global pandemic gave the band a reason to get back to recording. The majority of the songs on Rat Beat were conceptualised and rehearsed in the basement of Brian Baker’s home and then tracked by Eric Bennett at Lakehouse Studios in only one day.

Baker recalls, “We’d go down in the basement, put on masks, open the windows and we could play – within CDC guidelines! We couldn’t go to dinner at each other’s houses but we could practice.”

The DIY spirit of punk music is very much alive in Beach Rats. With the fervour to create something new, yet nostalgic, the band intentionally wrote the 12 tracks on Rat Beat how they used to back when they were teenagers. Or as Baker puts it, “like we did before we knew how to write songs.“

Not wanting to take themselves too seriously, the band formed merely over a love of the genre. These are veterans of punk rock just having fun and trying replicate that feeling and sound of what it was like to make punk music in the 80’s.

“You’re gonna get authentic punk and hardcore from BEACH RATS because we are all from the 80’s,” Bryan Kienlen comments. “It’s literally taking it back to some of our biggest influences like Negative Approach and Poison Idea, And of course, Minor Threat.”