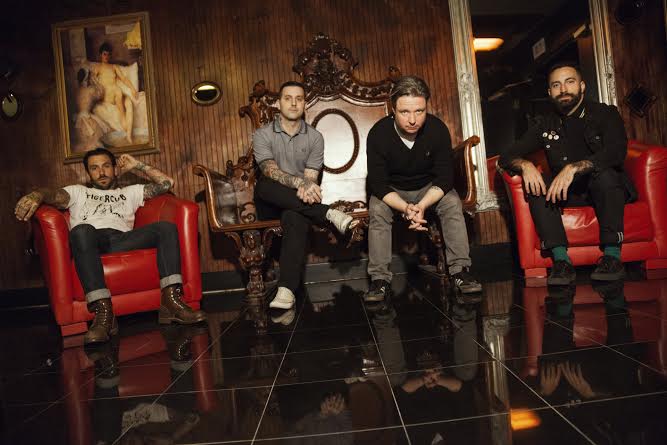 American rockers Bayside head to Australia in November – their first Australian tour since their appearance at the 2015 Soundwave Festival – along with special guests Young Lions and Far Away Stables.

The band will be bringing a brand new album to their Australian fans first with ‘Vacancy’ due for release on August 19 2016 via Hopeless Records. Their last album, ‘Cult‘, had both fans and critics alike salivating.

Joining Bayside on their November 2016 tour are 2 of Australia’s hottest young bands…Young Lions and Far Away Stables. The Brisbane four-piece, Young Lions, is a band that’s fast building momentum. With two albums under their belt – 2013’s ‘Burn’ and most recently, 2015’s ‘Blue Isla’ and with a third LP soon due for release, the band have rapidly positioned themselves in the forefront of the rock genre.

To say that Far Away Stables are a unique breed of Alternative Rock with an immense work ethic and an overwhelming potential to be a seismic force on a global scale would be unoriginal, pedestrian and fairly basic. So let’s go at it a little differently and talk facts… four years as a band has seen two EP’s, 300+ shows and their passports stamped in the USA, Canada and South East Asia, as well as sharing the stage with heavyweights such as The Offspring, Paramore, Billy Talent, The Red Jumpsuit Apparatus to name a few.

Tickets on sale Tuesday July 12 @ 9am (local time) from http://tickets.destroyalllines.com