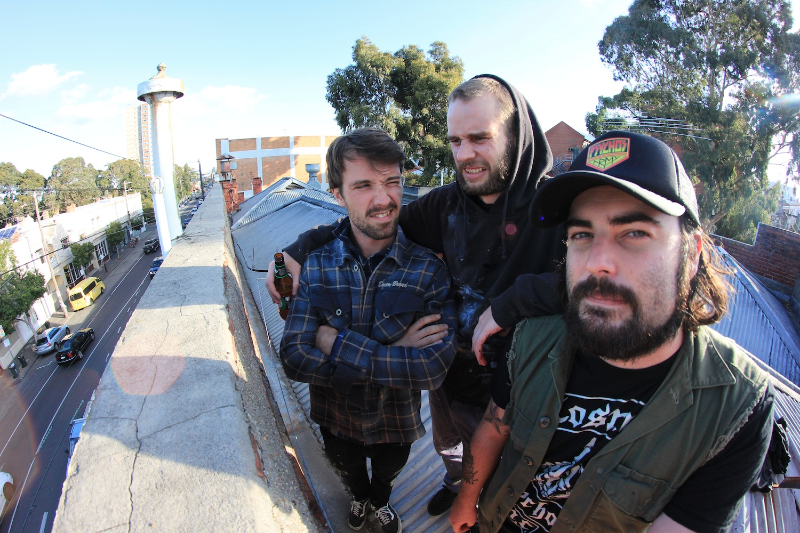 Straight outta Collingwood, Melbourne trio BATPISS have a searing new LP ready to blast outta your car stereo with the windows down and the heat turned up. ‘Biomass’ is coming your way via their new friends at Poison City on June 26.

Lurching from doom to sludge to punk to drone and into spiritual styles, Batpiss produce a rigid and unyielding cataclysm of dirge rock. You may have heard the dulcet tones of Batpiss’s 2012 debut self-titled cassette or 2013 LP Nuclear Winter. Both were blasted across your local community radio station, and Nuclear Winter quickly shifted two pressings while the band toured the shit out of Indonesia and Australia and welcomed a fresh son to the family.

Sonically, the LP steps away from the raw directness of previous recordings, whilst retaining the succinct three-piece aural punishment that Batpiss have got so many props for. Biomass is disinterested in dying a quick, clean death or playing to any perceived standard; it simply captures a band willing to explore the parameters of heaviness, emotion, story-telling, and power within its 3 sided pain-cage.

These guys are ready to serve it up live too. For a good time get around to one of Batpiss’s launch dates.They’ve learnt from the best,, sharing bills across Australia and NZ with Helmet, OFF!, The Bronx, Metz, Hard Ons, King Parrot, The Meanies and more. 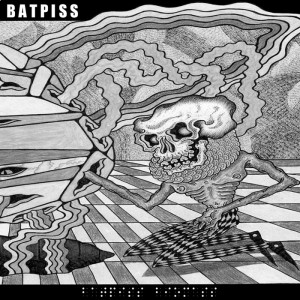