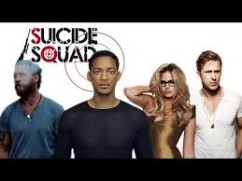 Rumour has it that the new Suicide Squad movie may be featuring another character with a possibility of Batman being in the film.

A story that has started on the Latino-Review has revealed new plot details including that Batman will have video recordings of Batman and he will “only be mentioned an shown on camera footage”.

However Forbes reports differently and thinks that the caped crusader will have a much larger role in the film with inferences that “In a in-story scene, likely at the end of the film and focused on certian circumstances involving the Joker” , that may “Give us hints about a future solo Batman film.”

This would set up the Joker for inclusion into the new Batman film.

With both Tom Hardy dropping out and Jake Gyllenhall rumoured to have passed on the role of Rick Flag, the character is now up for grabs with the studio keeping quiet on who may be testing for the role.