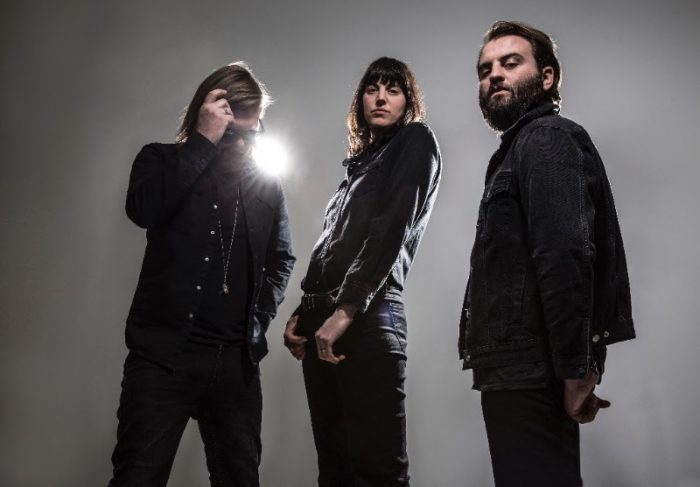 To celebrate the release of their fourth album By Default, Southampton rock trio Band Of Skulls are heading back to Australia this November! With a string of headline national shows as well as a headline spot at Perth’s Disconnect festival, this will be the first time Australian audiences will be able to experience the sheer brilliance of the album in the flesh.

Having toured relentlessly with the likes of Queens of the Stone Age, Red Hot Chili Peppers, The Black Keys, The Dead Weather and Muse, as well as countless music festival appearances (including memorable performances at Splendour in the Grass and Bluesfest), it’s no wonder Band of Skulls have garnered a reputation as one of the most exciting live bands in the world!

SECRET SOUNDS ARE PROUD TO ANNOUNCE

The Album was written in a Southampton Baptist Church, produced by Gil Norton (Pixies, Foo Fighters, Patti Smith) and recorded in Rockfield Studios, the follow up to 2014’s Himalayan resonates the sound of a group on the sharpest form of their career, more engaged and focused than they’ve ever been.

“We went back to Square One,” says Matt Hayward. “In the church – between visits from the vicar, bringing tea and biscuits on his trolley – they found the new songs in hours of woodshedding on ratty old practice amps. “It’s definitely a new era,” says Russell Marsden. “The first three records were like a trilogy, a piece of work in of themselves. We wanted to do those things, and we did them all. We took a breath, took a look at what we’d done, and started from scratch again”

You can watch the bands new video ‘Black Magic’