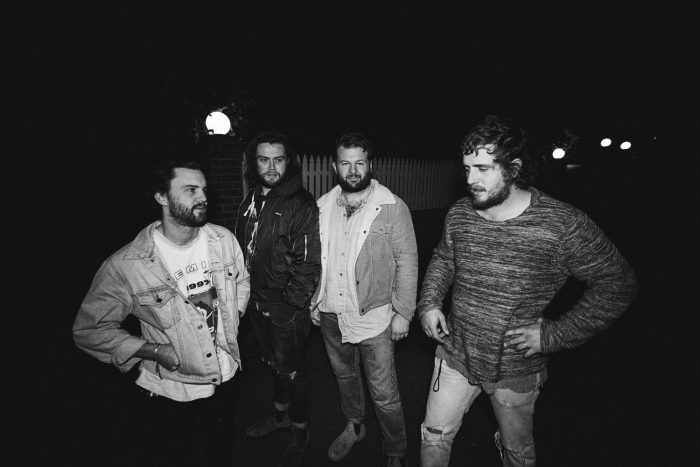 Mirroring the sentiment of the song’s lyrics, the video explores the discomforting deterioration of aspects of Australia through a hazy and beer soaked lens, while taking aesthetic queues from the works of Ted Kotcheff and the 80’s heyday era of ‘Countdown’.

Pertinent imagery interspersed with a mish-mash of old TV excerpts paints the picture of a dystopia, tired Australiana and suburban stagnation.

Continuing where Dogs at Bay left off, ‘Mob Rule’ is underpinned by muscular guitars atop the rocksteady bedrock of James Bartold (bass) and Miles Wilson (drums). This all gives way to a characteristically acerbic Baddies’ chorus: “Mob Rule! I never liked it at all.”

Mob Rule was one of the first tracks recorded earlier this year for Bad//Dreems forthcoming second album. The band is again working with legendary Australian producer Mark Opitz (INXS, Cold Chisel, The Angels) and engineer Colin Wynne in their West Brunswick studio in Melbourne.

To celebrate the release of the single and video, the band will be heading out on the ‘Mob Rule’ tour this December.

*Those 17 and under must be accompanied by a guardian