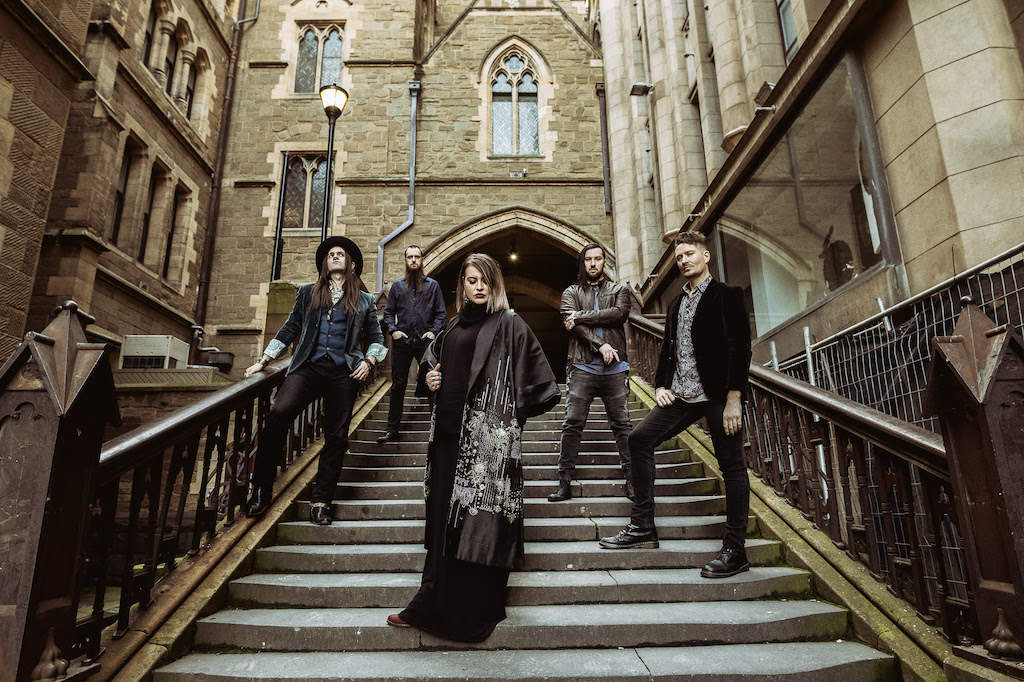 Following Melbourne quintet ACOLTYE’s re-emergence onto the music scene with new guitarist Brandon Valentine, the band have unveiled a cover version of the popular Billie Eilish Bond theme, ‘No Time To Die’. The cover presents to fans a side of Acolyte that oozes fragility, rawness and artistic relatability before exposing their new original material.

Sitting alongside the heavy and grand themes of Acolyte’s tell-tale sound, there are also moments of fragility and sparse soundscapes that portray a dark undertone throughout. Starring Daniel Craig and pegged for release in November of this year, the upcoming twenty-fifth instalment of the film series has been preceded with Billie’s now-iconic contribution to the theme, which, as Vocalist Morgan-Leigh Brown reflects, quickly became a befitting cover for Acolyte to undertake.

“Billie has achieved the same in our opinion in the Pop genre on a worldwide platform. We chose this song as the collaboration with Hans Zimmer allowed us to re-explore a dynamic cinema orchestration led with a strong but emotive classical vocal line. After completing our record and seeking to re-engage with our fans it was a natural pivot for us – and fun to show that we can quite easily blend and bend genres. Our music really has something for everyone.”

Acolyte will make further announcements of their forthcoming album and original music in the near future.