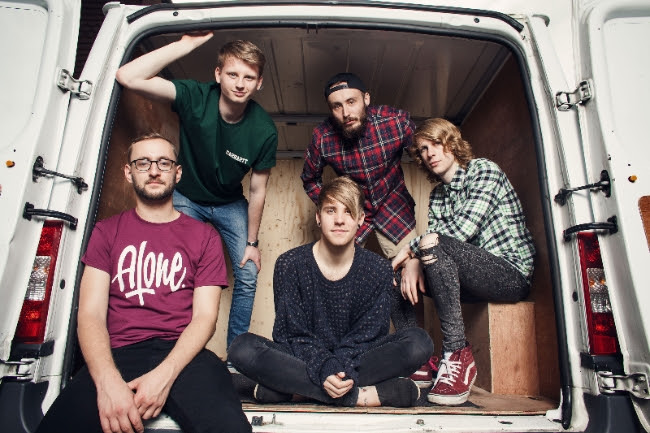 As It Is have announced the local support bands for their first Australian tour which kicks off in just a few weeks.

As It Is are the first UK band to be signed to Fearless Records/Unified and released their debut album Never Happy, Ever After in April this year. Since then, the band have been going from strength to strength and impressing crowds through Europe and the UK, and have left their mark in North America after playing the entire Vans Warped tour this year.

As It Is are fronted by Minneapolis born, Berkshire raised Patty Walters, whose dual YouTube channels broadcast the singer’s video blogs and cover versions of a diverse range of tracks (where Patty plays every instrument and handles every element of production), and boasts nearly 600,000 subscribers and in excess of 2 million plays.

Joining As It Is on all shows are Sydney quartet With Confidence who recently completed a successful headlining tour and were the national support on Real Friend’s Australian run in June. See details below for all local supports.

Check out the video for ‘Dial Tones’:

Tue Sep 22 – YMCA HQ, Perth AA
with Lights Of Berlin & Only In Hindsight
Tickets from The Virtue Agency

Thu Sep 24 – The Brightside, Brisbane 18+
with Call The Shots & Set The Record
Tickets from The Virtue Agency

Fri Oct 2 – Evelyn Hotel, Melbourne 18+
with Set The Score & Something To Rescue
Tickets from The Virtue Agency