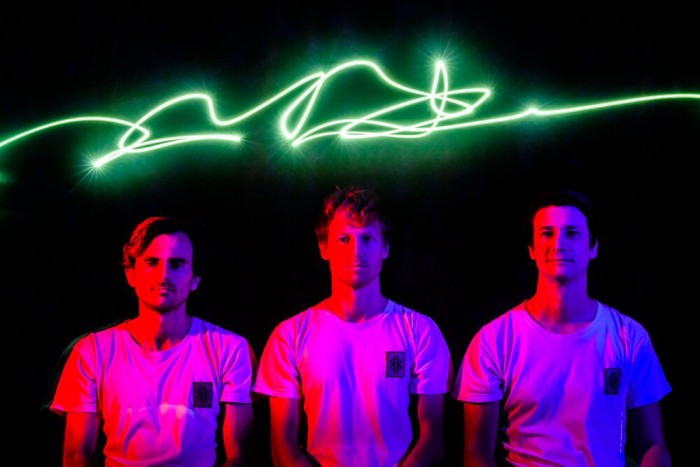 Art vs Science are happy to share details of their forthcoming tour dates in support of their excellent new album Off The Edge of The Earth and Into Forever, Forever. The tour takes place in five capital cities as well as select regional dates this March. Support comes from KLP (Live), the host of triple j’s House Party and a rising star in her own right,  the tour promises to be one proper party.

Off The Edge of The Earth…, the follow up to the band’s ARIA Award-winning debut, debuted at #1 on the AIR Album Chart and has been widely praised. A concise edit of ten tracks that traverse the terrain of pop, dance, rock and 70’s-styled funk, the Sydney three-piece demonstrate a new-found sophistication without losing the sense of F.U.N. that made them so popular from the outset.

The album is now available for purchase on vinyl in stores and online here.

The band’s recent and highly original and accomplished cover of Metallica’s Enter Sandman amassed over 400k online views in three days, with Tone Deaf calling it ’the best Like A Version of the year’.

In addition to the standalone tour dates, Art vs Science are scheduled to play a load of festival dates, including the national Falls Festival and headline spots at The Plot and Mountain Sounds.
ART VS SCIENCE ‘OFF THE EDGE OF THE EARTH’ ALBUM TOUR
With special guest KLP (Live).  Local openers TBA.
Supported by triple j and The Music.