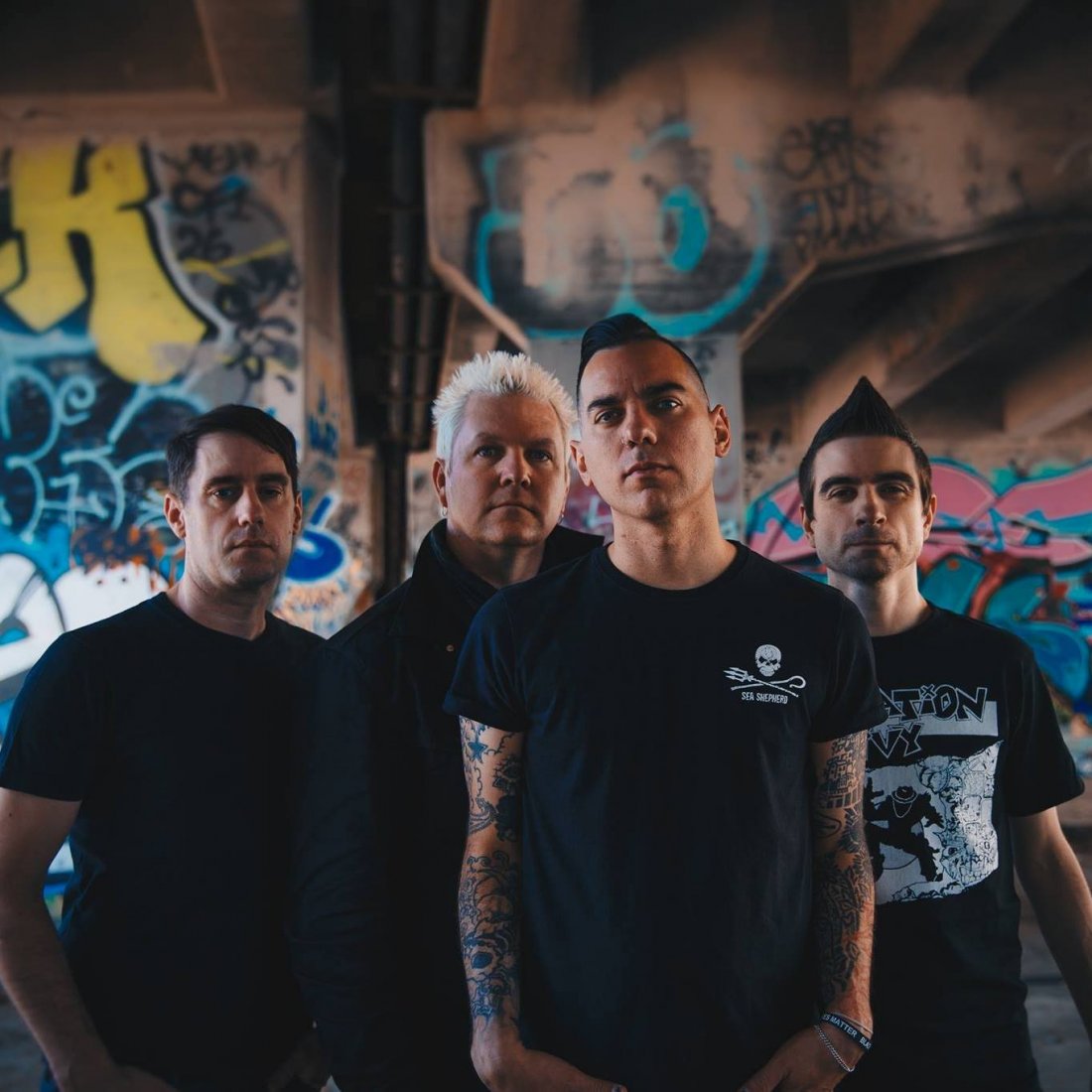 Political punk icons, Anti-Flag, recently announced their upcoming album, 20/20 Vision, due out January 17th and today the band have teamed with Billboard to premiere another new single “Unbreakable” and its accompanying music video.

Anti-Flag’s new single Unbreakable is available now at all good digital stores and streaming platforms at https://AntiFlag.lnk.to/Unbreakable and their album 20/20 Vision will be available Friday 17th January 2020 – pre-order here at https://antiflag.lnk.to/2020Vision.

For over two decades Anti-Flag have been at the forefront of socially conscious punk rock, tirelessly releasing music, touring, organizing, and introducing generations of fans to progressivism through fiery protest songs. With 20/20 Vision the Pittsburgh, PA based band prove that they have plenty of vitriol left, aiming to face the challenges of our chaotic socio-political time head on. The band pull no punches lyrically, immediately drawing a line in the sand against the fascistic hate mongering of the Trump administration and making it clear that 20/20 Vision is an album intended to explicitly address the here and now.

Anti-Flag are releasing the first album in their career that directly calls out a president. In the past they focused on fighting ongoing oppression and dismantling deeply rooted systems of injustice. But felt this time they had to draw a big, fat line in the sand. In a statement from the band:
“20/20 Vision aims to take a step back and stare down the most pressing problems of our time: kids in cages, the fentanyl crisis, rolling back EPA restrictions. It’s a record that at once feels both timely and forward thinking. 20/20 Vision is a work that Anti-Flag hopes will serve as an immediate form of communication with those who are politically engaged as well as a document of our modern times for a future generation. As #2 puts it: “We hope that when someone trips over this record in the sand of the post apocalypse, they’ll know that there were people who once stood in opposition to all of this.””
“Unbreakable” is Anti-Flag at their best—defiant, hopeful, and undeniably catchy—and for its music video the band collaborated with The Critics Company, a collective of young filmmakers from Nigeria who’ve been gaining international acclaim with their impressive DIY short films.

Bassist/vocalist, Chris #2, elaborated on the team-up saying, “I saw this on Twitter and I thought there was nothing more in the spirit of punk rock, of DIY ethics, than what these kids were doing. As their story began to spread and people from Anti-Flag to JJ Abrams were celebrating these kids, I thought ask them if they’d want to make a music video. They said yes, immediately, even in the chaos of them going from 100 followers to over 10,000 in a day. This to me is what technology, the internet, all of the things that have been exploited to gain the powerful more power, were supposed to do. Bring us together, give us creative outlets, erase borders, economic divisions, and racial barriers. The video is their story. In the face of being told that kids from Africa don’t make movies, that you need professional equipment, and through your family having immense pressure to find the daily things needed to survive. Follow your passion. Creation is an action, not a reaction. It’s also coincidentally the over-arching theme of the song, written by 4 people on the other side of the world, with insanely different lifestyles and backgrounds than The Critics Company, but share the same solidarity.”

The Critics Company added, “The music video basically explains our journey and story so far. We went through a lot just trying to create. We made the whole story short film style and basically just interpreted how being focused, consistent, strong-willed, and determined can help you reach your goal.”

Anti-Flag’s new single Unbreakable is available now at all good digital stores and streaming platforms at https://AntiFlag.lnk.to/Unbreakable and their album 20/20 Vision will be available Friday 17th January 2020 – pre-order here at https://antiflag.lnk.to/2020Vision.