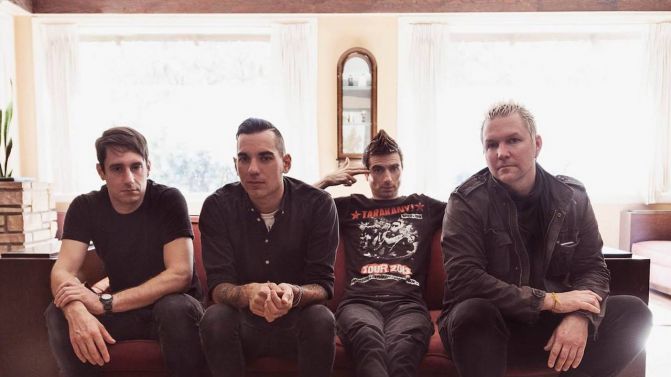 US punk rock activists, Anti-Flag, are returning to Australia this December and will be bringing with them a world first!

2016 marks the 10th Anniversary of their landmark For Blood And Empire album. Australian fans will be the first to witness the band honouring its release by playing the album in its entirety! Not only will Anti Flag be performing this incendiary album from start to finish but also an arsenal of hits across their entire catalogue chosen by fans on the night!

“Pittsburgh to Australia isn’t an easy commute… when we get there we want it to be special. This tour is no different, celebrating 10 years of “For Blood and Empire” we will be performing the record and then an encore of all audience requests. It’s going to be a unique show to say the least. As always the emphasis will be on community, solidarity, and empathy. We look forward to sharing this tremendously important record from our band’s life with a part of the world that we have found solace and family in for years.” Anti-Flag

Anti-Flag shows are a celebration of a collective that care about more than just their selves. A safe space where all can be free to be who they are. Free from racism, sexism, homo & transphobia, bigotry of any kind.

Anti-Flag are the proud torchbearers for progressive collectivism, radical change, and free expression with heavy social responsibility. Injecting the underground and the mainstream with politically charged, deliberate, smart-but-no-less-visceral neo-punk. Standing against the corporate greed that hurts millions while benefiting the rich few, Anti-Flag fights against mindless nationalism. Their core beliefs have never been more important and on-point than in today’s delicate political climate.

Anti-Flag will be joined by the legendary Scott Reynolds. Scott sang for the highly influential
pop-punkers ALL between 1989 and 1993. He has since gone on to spend the better part of 25 years touring the globe fronting bands such as The Pavers, Goodbye Harry, The Bonesaw Romance and Scott Reynolds & The Steaming Beast (featuring Steven Drozd of the Flaming Lips). Scott will be performing songs from all his incarnations including ALL!

Don’t give up, the war worth waging is right here!
Stand with Anti-Flag against apathy and be part of the global change that’s coming.
Anti-poverty, anti-capitalism, anti-war, Anti-Flag… 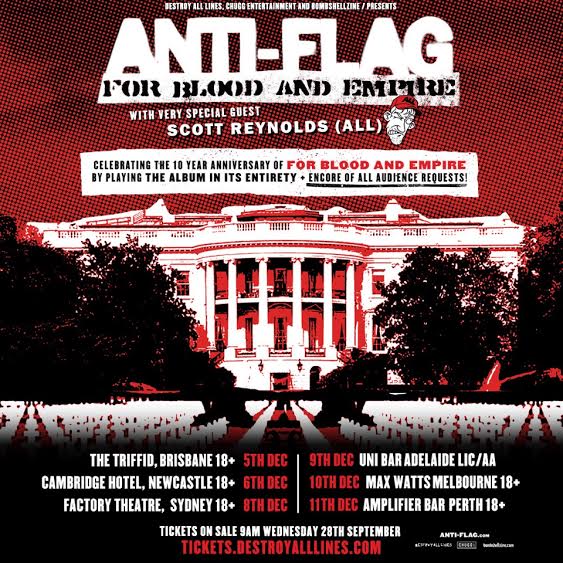