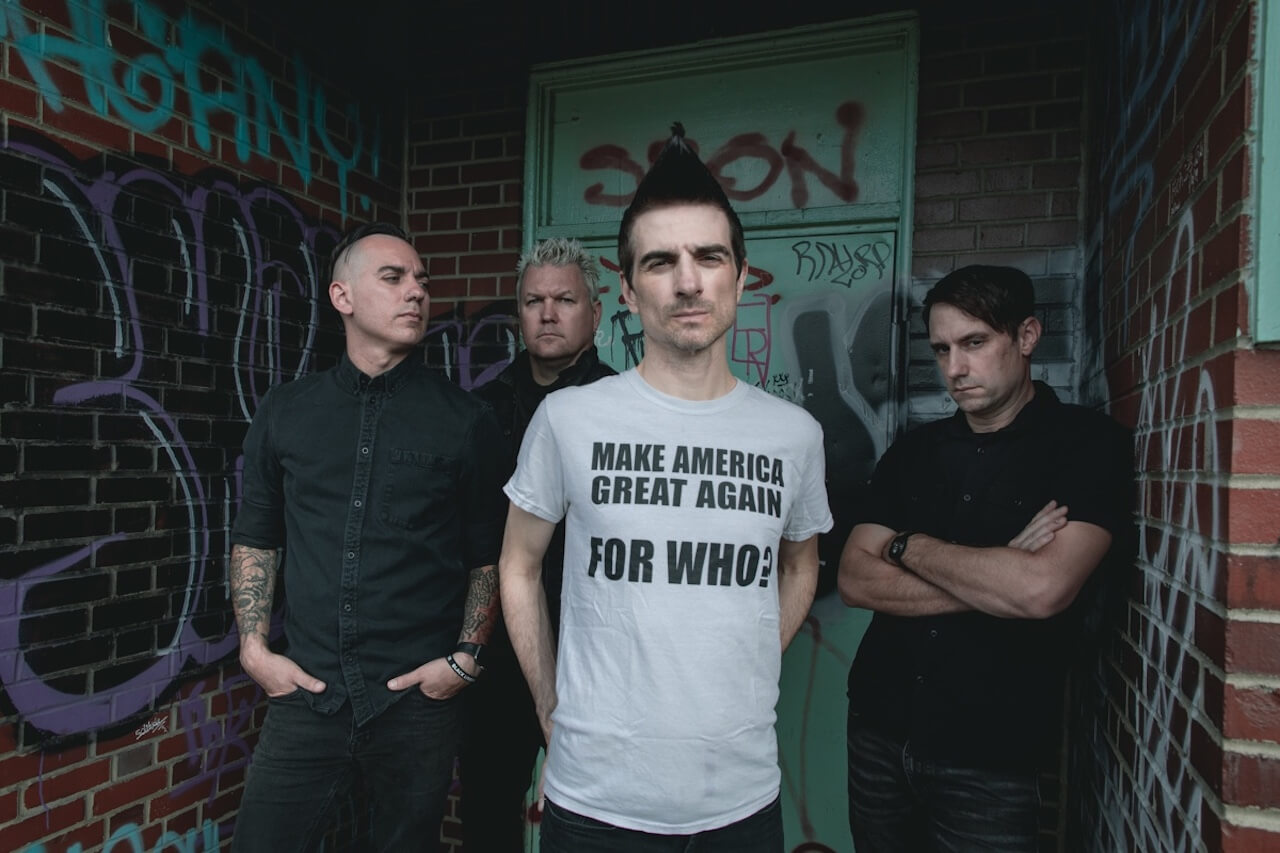 “It’s hard to sum up the life of a band in an hour and a half,” explains vocalist and guitarist Justin Sane of politically-fueled punk rock band Anti-Flag. We started Anti-Flag out of a passion for punk rock with the belief that punk music had the power to change people’s lives and have a positive impact on the world. With this documentary, we hope people will see that while life may not be as straight forward as that idealistic philosophy, it isn’t so far from the truth either. Regardless of what others take from this film, for us the experience of looking back on the history of Anti-Flag – sometimes good, sometimes bad and sometimes unbelievable – leaves us grateful to have had the opportunity to live a very rare and at times extraordinary life as part of this punk rock band.”

Beyond Barricades: The Story of Anti-Flag will make its debut on October 3rd via Veeps. Tickets for the livestream can be purchased here.

With direction from Jon Nix, the film tells the story of political punk band Anti-Flag by diving into the world of punk rock and activism while shedding light on the trials and tribulations of playing politically charged music for over 25 years. An inspiring look at a group of musicians dedicating their lives to fighting for human rights through their songs and outreach. With their endless drive to help others, they put empathy over apathy and fight cynicism with optimism but find that things could go tragically wrong at any moment.

It features interviews with the band as well as contemporaries such as Tom Morello (Rage Against the Machine), Billy Bragg, Tim McIlrath (Rise Against), Brian Baker (Bad Religion), Chris Cresswell (The Flatliners, Hot Water Music), Tom May and Greg Barnett (The Menzingers) and many more to help tell the story of a band whose drive to spread their message is truly unstoppable.