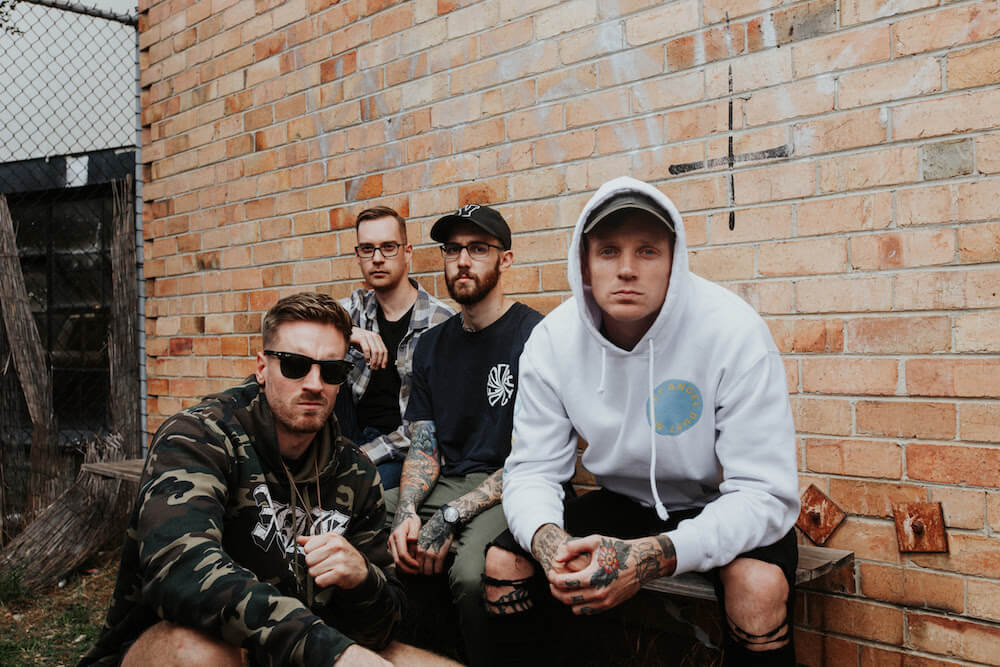 “This footage was filmed in Australia – These were real animals, with real fear, real pain, and which experienced extreme suffering for a lifestyle which is unsustainable and unethical.”Antagonist A.D vocalist Sam Crockerelaborates as he breaks down the haunting footage, magnifying the lyrics of their new single Gates Of Hell. “The song has strong animal liberation themes which is heavily documented in the video. The video will be a hard watch for most people but the content is real. “

Musically, Crocker says this track has acted as a bridge between their old and new sounds. “Gates of Hell was one of the songs we have been sitting on prior to the release of No Justice and APMD. It has changed a lot since it’s first incarnation, and ended up coming back to sounding more reminiscent of it’s early demo forms. It sounds like old Antagonist – bringing back that big Swedish Death Metal influence with direct Arkangel references, it feels SO good to play.”

Antagonist A.D‘s new EP Through Fire is the first in a series of EPs recorded in Salem, Massachusetts under the watchful gaze of Kurt Ballou (Converge), and Zack Weeks at GodCity Studios; and will be available January 17th through Greyscale Records, with pre-orders available HERE

Gates Of Hell is the second single off the band’s recently announced EP Through Fire, following on from the first single Pure Fear, which the whole band has been overwhelmed by the response to. “Pure Fear is a lot different to our previous catalogue – it feels noticeably different playing it live but in a really good way. The song has so much groove/energy and the room responds to that. I can’t wait to play it more across Australia and New Zealand over the summer and further afield as we progress through 2020.”

Antagonist A.D as a whole also wanted to stress the understanding of the timing surrounding this release as Australia experiences the worst bushfire season on record. “While the music industry is a machine that never comes to a halt, we don’t want any spotlight to be taken off what’s happening in our own back yard. Australia is burning, humans and animals alike are losing their homes, and right now there are those who need your money more than any band. Please donate to the Red Cross, The CFA, and the RFS to help the cause. We’d also like to shout out Greyscale Records not only for the support to us, but for putting their money where their mouth is to organise an auction of some limited edition vinyl test presses to donate to the relief effort as well – much love.”

To support the bushfire relief effort, here are some helpful links