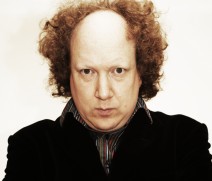 Attention Buglers! With five Australian shows already sold out, due to popular demand ANDY ZALTZMAN, the British-based half of global hit podcast The Bugle with John Oliver, will extend his debut Australian tour to perform extra shows in both Melbourne and Sydney this month.

Following a debut stand-up tour of India with Cricket Versus The World in late 2013 – the ESPNCricinfo writer bowling over audiences in search of an answer to the ultimate question: which is better cricket, or The World? – these will be Zaltzman’s debut Australasian stand-up shows.
Tickets for all shows are on sale now.