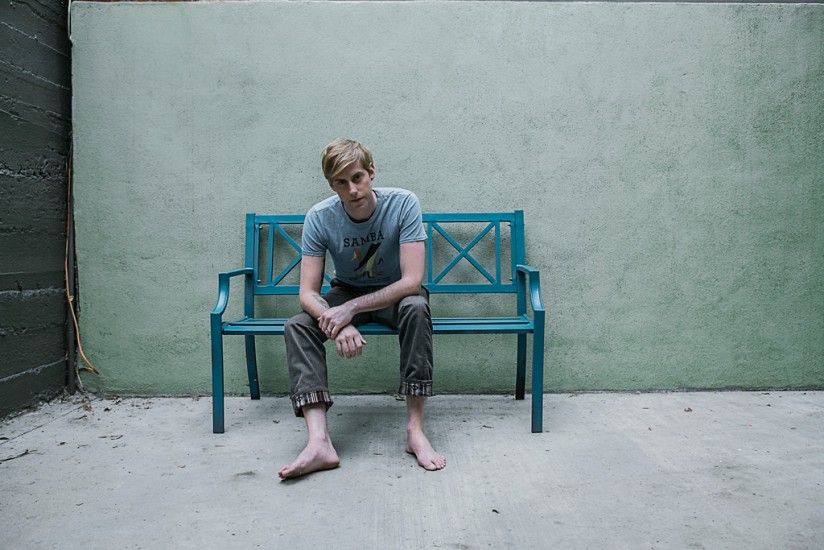 ANDREW MCMAHON needs no introduction fronting the seminal rock band SOMETHING CORPORATE and JACK’S MANNIQUIN, his introspective lyrics and dazzling voice has amassed a reverent and dedicated fan base across the world.

The journey wasn’t an easy one, despite the outward signs of success, beating cancer, selling out shows the world over, getting married, an Emmy nomination – McMahon says the road to recovery was a “rollercoaster ride that took the better part of a decade, I had to learn to acclimate to the world post illness” which resulted in a break from all musical endeavours.

Fast-forward to 2013, ANDREW MCMAHON metaphorically reset, ditching the moniker ‘JACK’S MANNEQUIN and creating music as ANDREW MCMAHON IN THE WILDERNESS marking the start of a new musical chapter.

Holed up in the Californian mountains with a renewed passion for signwriting ANDREW MCMAHON honed his creativity and immersed himself in the music away from civilisation. The resulting product is ANDREW MCMAHON IN THE WILDERNESS debut self-titled album a deeply personal account of past, the present and future.

For the first time in Australia with his full band ANDREW MCMAHON IN THE WILDERNESS will be performing tracks from his dazzling solo material along with classic hits from SOMETHING CORPORATE and JACK’S MANNEQUIN. 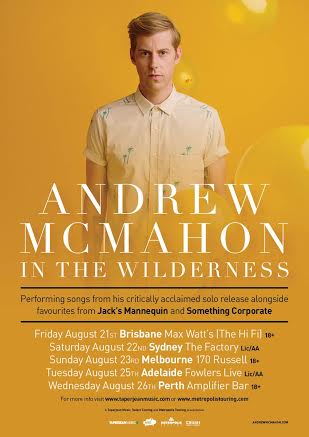