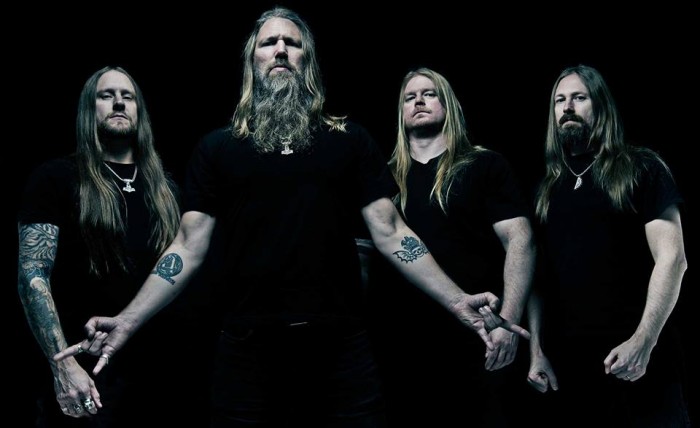 Swedish metal kings Amon Amarth will unleash their 10th studio album, Jomsviking, this will be the band’s first concept record in their storied career. It tells a tragic, original tale of conflict and revenge, backed by the Swedes’ trademark melodic, anthemic metal, which was produced and mixed once again by Andy Sneap (Megadeth, Testament, Accept) and also features special guest session drummer Tobias Gustafsson (Vomitory).

Watch the new video for the album track, “At Dawn’s First Light”

With the band caught in the middle of the bloody fight! The video features an appearance by the modern Viking warriors known as the Triglav Jomsborg East Storm who are lead by the ruthless and energetic fight director Igor Górewicz.

Leading up to Jomsviking’s release, fans can visit amonamarth.com for a more in-depth look into the album, where a special digital picture book campaign has been launched. Each day (through to March 24th), a new track page will be revealed, featuring lyrics, booklet images, and 30-second song clips. Be sure to check out the first two pages – “First Kill” and “Wanderer” – online now!