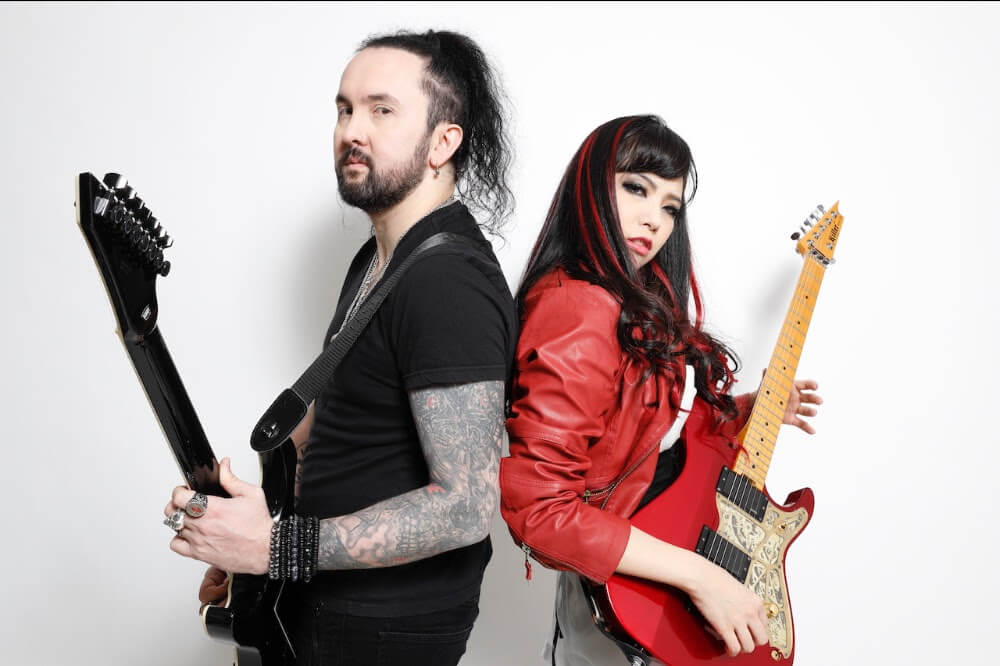 Today sees the release of Amahiru’s second single “WTTP”, accompanied by an official music video, a mood lifting tune for the current times.Frédéric Leclercq (Kreator, Sinsaenum, Ex-Dragonforce) and SAKI (Mary’s Blood & NEMOPHILA, all-female Japanese metal bands), together with the other band members, invite the audience to their party whenever this track is played.

The self-titled debut album “Amahiru” will be released on November 27 on CD and Digital. The album features 12 brand new tracks from the newly formed band, which was founded by Frédéric Leclercq and SAKI. They met in 2015 when Mary’s Blood opened for Dragonforce in Hongkong and took 4 years to create a completely new metal sound together.