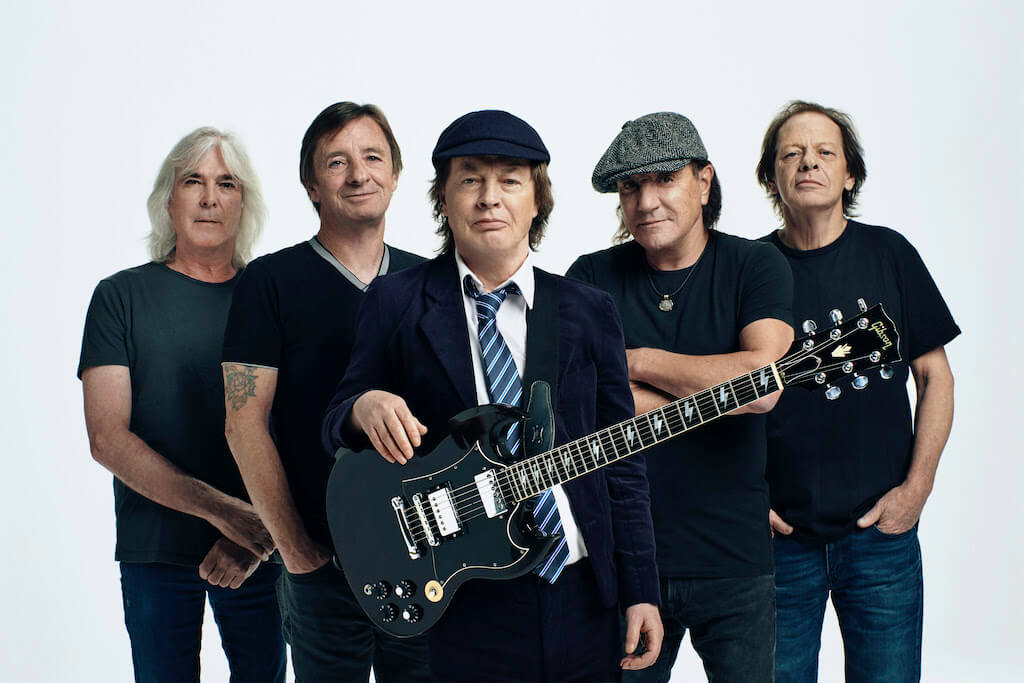 After closing out 2020 atop the charts in 18 countries with their worldwide #1 album PWR/UP, AC/DC are kicking off the new year with a gift for their fans. Today, the band has debuted their brand new music video for ‘Realize’.

Co-directed by Clemens Habicht (Tame Impala, Liars) and Josh Cheuse (the bands creative director), the black and white-hued video showcases Angus, Brian, Cliff, Phil and Stevie doing what they do best: rocking out “together.” Confronted with the challenge of having the band in five different locations, the co-directors approached the video as a puzzle, calling on Habicht’s expertise, and pieced each individual performance together to create a cohesive visual that shows AC/DC like never before.

For their seventeenth full-length album, the band reunited with producer Brendan O’Brien who helmed BLACK ICE in 2008 and ROCK OR BUST in 2014. Charged up for the next decade, AC/DC cut twelve new tracks for the album, proudly maintaining their signature sound and all of its powerful hallmarks. PWR/UP  is available now HERE.