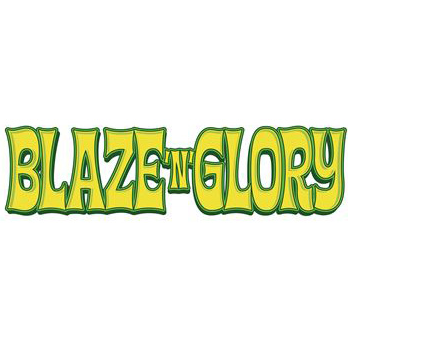 Atmosphere says, “I can’t wait to come make party with your faces.”

A very limited quantity of Blaze ‘N’ Glory discounted Early Bird General Admission and VIP tickets will go on sale Friday, February 19 at 10:00 AM PT at www.BlazeNGlory.com. Prices will go up after the Early Bird period ends. Concertgoers are advised to buy early and save! Look for camping details coming soon.

Producer John Reese of SGE says, “We’re back at it and ready for year two of Blaze ‘N’ Glory! Our first year was a massive success and everyone had a great time, ourselves included. This year, having heavy hitters like Nas and Atmosphere, along with Stephen Marley, Griz and tons more, we feel like we have something special for everyone to truly enjoy up in the San Bernardino mountains!”

Live Nation’s Rich Best shares in SGE’s enthusiasm for the return of Blaze ‘N’ Glory, stating, “After establishing Blaze ‘N’ Glory as a premier destination event in its first year in 2015, we’re excited to bring Southern California’s best roots, rock, reggae and hip hop infused lifestyle and music festival back to the expansive San Manuel Amphitheater Festival Grounds, set beneath the San Bernardino Mountains. We challenged ourselves to curate a lineup that would blend iconic artists with groundbreaking artists, which is why we chose acts like Nas, Atmosphere, The Growlers andSeedless. With this mix of talent, the mountainous views and variety of interactive experiences, Blaze ‘N’ Glory is positioning itself as one of California’s must-go-to festivals.”

On many Top 50 lists, Nas is recognized as the greatest Rapper/MC of all time. Nas does not tour very often, so this is a rare opportunity to see and hear a legend.

Atmosphere are the crusaders of indie hip-hop with their introspective lyrics and funk driven beats. Their catalogue spans beyond their age and encompasses decades of hip hop and when heard live puts the audience in a frenzy.

Fresh off a sold out spring tour, Griz is set to light up the Blaze ‘N’ Glory stage with his infectious and smooth bass driven DJ set infused with live sax and instrumentation.

Stephen “Ragga” Marley has consecutively landed #1 on the U.S. Billboard Reggae Album Chart for all of his solo albums and has earned a total of eight Grammys for Best Reggae Album.

The Blaze ‘N’ Glory Early Bird ticket presale will offer a limited number of GA tickets and premium passes for the following prices (plus fees):

For full details on the Blaze ‘N’ Glory lineup and tickets, visit www.BlazeNGlory.com. 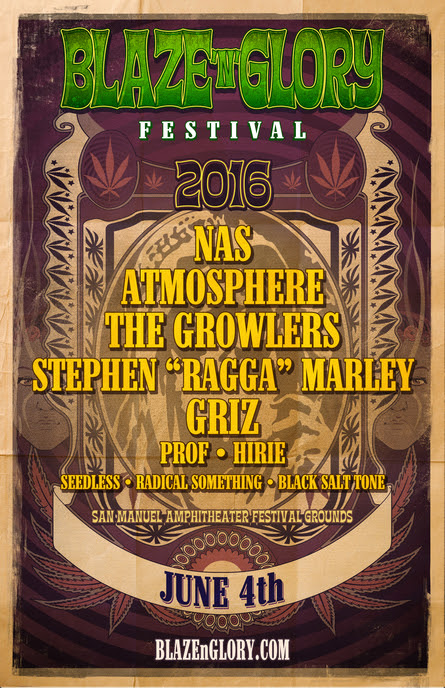