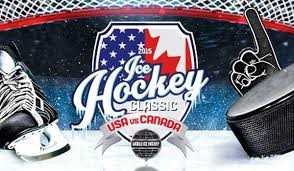 Australia will play host to North America’s finest and most passionate ice hockey players, including representatives from the National Hockey League, when USA takes on Canada in the highly anticipated, inaugural 2015 Ice Hockey Classic.

Joining already announced team captains, and fellow NHL grade hockey players, Kyle Quincey (Canada) andZenon Konopka (USA), both Latta and Condra, who have played in matches in Australia previously, are looking forward to playing in Sydney, Melbourne, Brisbane and Perth during the tournament this year.

With teams coached by internationally renowned former NHL players, the tournament, co-promoted by TLA Worldwide and Nine Live, will involve at least four high-intensity matches in Melbourne, Sydney, Brisbane and Perth throughout June, 2015. As well as showcasing top quality ice hockey, the 2015 Classic will be raising awareness and funds for the STOPCONCUSSIONS Foundation in association with Nick Rushworth of Brain Injury Australia.  STOPCONCUSSIONS is a not-for-profit concussion and neurotrauma awareness and education platform founded by former European star Kerry Goulet and ex-NHL stars Keith and Wayne Primeau.